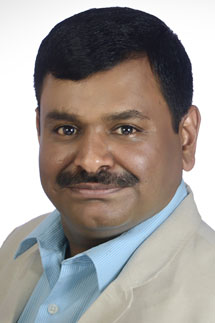 In 1996, Sriganesh started his professional career as a Management trainee with Galaxy Surfactants followed by multiple assignments across geographies in companies including Olam International and Emery Oleochemicals. He has had leading roles in the regional sales, key account management and sourcing. Since January 2020, Sriganesh has been the Business Director at KLK Emmerich GmbH and is responsible for the Commercial functions of oil trading and Sales.

Sriganesh holds a Bachelor in Chemical Engineering with a Masters in International Business.

He is married with 2 children. Next to his family he spends his time reading, diving and travelling. 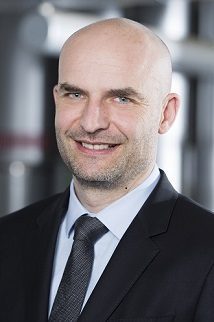 In 1997, Bart Daling started his professional career as a process engineer at Unichema in the Netherlands. In 2001, he moved to Emmerich and worked for ICI and Croda until the plant was sold to KLK in July 2010.

He has had leading roles in the following areas: Manufacturing, Engineering, Supply Chain, SHE, Quality Assurance and Business Development. In 2012 he became Plant Manager.
Since September 2018 he was Business Director of KLK Emmerich GmbH. Currently, he acts as Director of Strategy and Innovation.

Bart Daling graduated as a chemical engineer at the University of Twente. He is married and has four children. 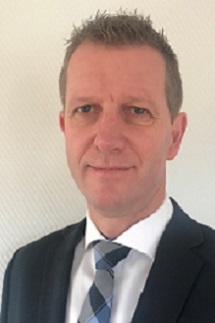 Klaus Arntz started his professional career in 1996 as Technical- and Project Engineer and later as Plant Maintenance Manager at Akzo Nobel in Emmerich.

In 2006 Klaus moved to Welcam Industrietechnik in Kleve as Operations Manager. In this function he was responsible for the operational process of industrial and procedural production plants in the area of the chemical and food industry.

After that, he changed in 2009 to Walter Rau AG in Neuss, where he started as Technical Manager and in 2011 became the Plant Manager Position. Afterwards the plant was sold to Bunge Loders Croklaan Croda in October 2017.

In 2018 Klaus became the Industrial Operations Director position at Bunge Loders Croklaan with responsibility for the Food refinery site Neuss and the Magarine plant Lindemann, Buende .

In June 2020 Klaus started at KLK EMMERICH GmbH as General Manager Operations and is responsible for the production site of Düsseldorf.

Klaus is married with two daughters. Next to his family, he spends his time with running, hiking and in charitable local association. 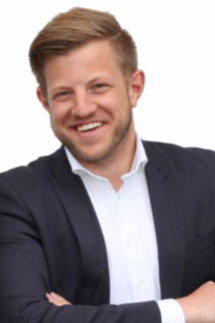 In 2006, Sebastian Duevert started his professional career as an apprentice at UNIQEMA in Emmerich and worked for ICI and Croda until the  site was sold to KLK in July 2010.

He has had leading roles in the Financial area at KLKE i.e. Business Process Design and ERP Project Implementation.  In 2016 he became Head of Controlling, supervising the controlling activities of the entire KLK Emmerich GmbH.

Since February 2020 Sebastian Duevert  has been the Finance Manager at KLK Emmerich GmbH and is responsible for the Finance, Legal and IT Department.

Sebastian Duevert holds a Bachelor of Arts degree in Business Administration. He spends his free time with the family and friends and plays  soccer for his local club. 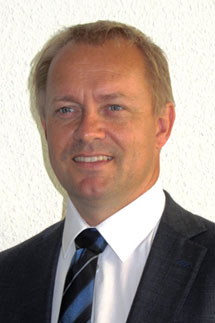 Michel van Woerkom started his professional career in 1999 in various positions at Campina as a transport manager. In 2008 he started as a supply chain manager at Cargill Cocoa & Chocolate, where he was responsible for customer service and logistics.

After 3 years logistics manager at Akzo Nobel/Nouryon Industrial Chemicals, he returned to KLK Emmerich GmbH as Supply Chain Manager for the sites in Emmerich and Düsseldorf. He is responsible for Customer Service, Demand Planning, Material Management, Customs and Logistics.

Michel van Woerkom has a Bachelor of Economics degree and a Master in transport & logistics. In addition to his family, he likes running in his free time.