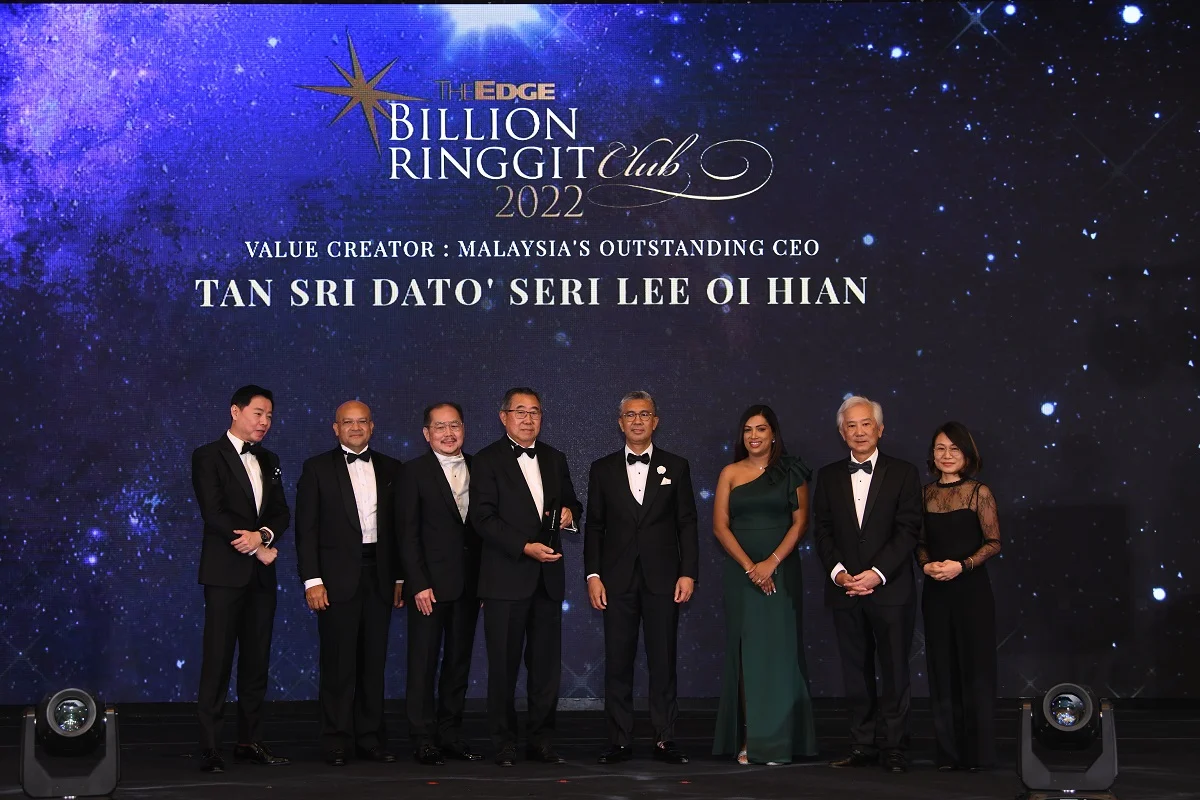 In his welcome speech last night, The Edge Media Group Chairman, Tan Sri Tong Kooi Ong hoped the BRC awards will bring out the best in every Malaysian company and its management. The awards were given based on genuine merit, with its methodology and evaluation criteria being transparent, verifiable and independently audited. Currently in its 13th year, Tan Sri Tong also hoped that as the BRC awards continue to evolve, business sustainability will also be a factor in the future. This too, was a sentiment that Tengku Zafrul echoed in his keynote address especially in creating a more sustainable and resilient economy by embracing the environmental, social and governance (ESG) principles.

Tan Sri Lee Oi Hian paid tribute to our Founder Chairman to whom he attributed his success and that of KLK’s, as having benefitted from the values laid down by the late Tan Sri Lee Loy Seng.

“I am humbled by this award because this is only possible through the help of many, including the Almighty God. We have to remain consistent, continue our journey based on values,” Tan Sri Lee Oi Hian said after accepting Malaysia’s Outstanding CEO & Value Creator Award. 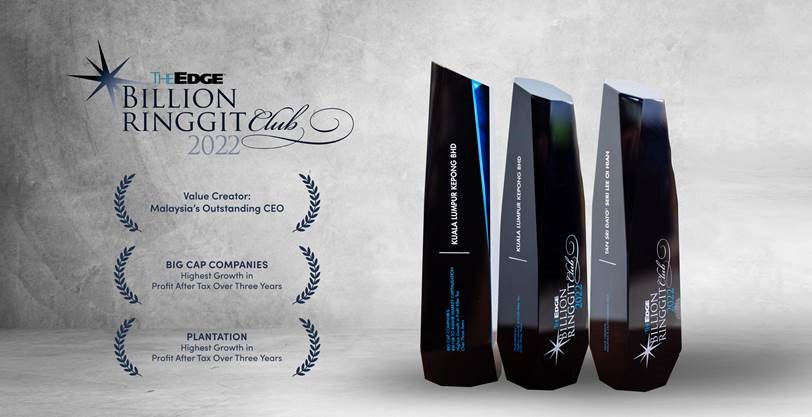 Built on a legacy of integrity, humility, innovation and loyalty, KLK OLEO is committed to providing the best sustainable solutions to address global demands and consumer trends. As a worldwide oleochemical producer with over 100 years of experience, KLK OLEO’s products can be found in most consumer staples, from Beauty & Personal Care, Food & Health Care, Home Care, Industries & Institutional Cleaning, Lubricants to Polymers.